Junior A Championship
Annaduff 2:9 Gortletteragh 1:10
We came out on top in our Junior A Championship game on Sunday morning.
Annaduff: Shane Cox, Colm Cox, Noel Ward, Chris Farrell, Donal McNabola, Owen Reynolds, James Cox, Nigel Cox, Matthew Reynolds, Ronan McCormack, James Riordan,  Sean Duignan, Marcus Guckian, Joe Cox, Johnny O Connor.
U17s
U17s had home advantage against Kiltrubit on Monday last in round 4 of the Championship. With the visitors getting the game under way with 3 unanswered points before Liam slotted Annaduff’s first point in the 13th min from a free. The Annaduff lads controlled the game for the rest of the first half with great points from Liam, Jack H, Michael M, Jason W, also 2 goals from Michael C and 1 from Hugh left the Annaduff men in high spirits at the break with Annaduff 3-07 Kiltrubit 0-04.
The second half started with some good action from both sides with both sides exchanging points until the 48 min with a “Messi” style goal from Michael M followed up by another a min later. Kiltrubit did put the Annaduff keeper Padraig  under a bit of pressure but were unable the penetrate some super goal stopping by the Annaduff keeper.
Kiltrubit scroed 3 points and Annaduff finished with points from Michael C, Martin, Colm , and Jack H.
Full time score Annaduff 5-14 Kiltrubit 0-10
Team: Padraig Kane, Francis Shanley, Joe O Carroll, Colm Fitzpatrick(0-1), Jason Ward(0-1), Jason Lyons, Jack Kelly(0-1), Liam Taylor(0-3)(1f), Martin Earley(0-1), Hugh Boyce(1-0), Jack Hughes(0-3), Michael Cox(2-3), Michael Murray(2-1), Sub used: Keelan Lynch
We are away to Leitrim Gaels on Monday 21st for round 5 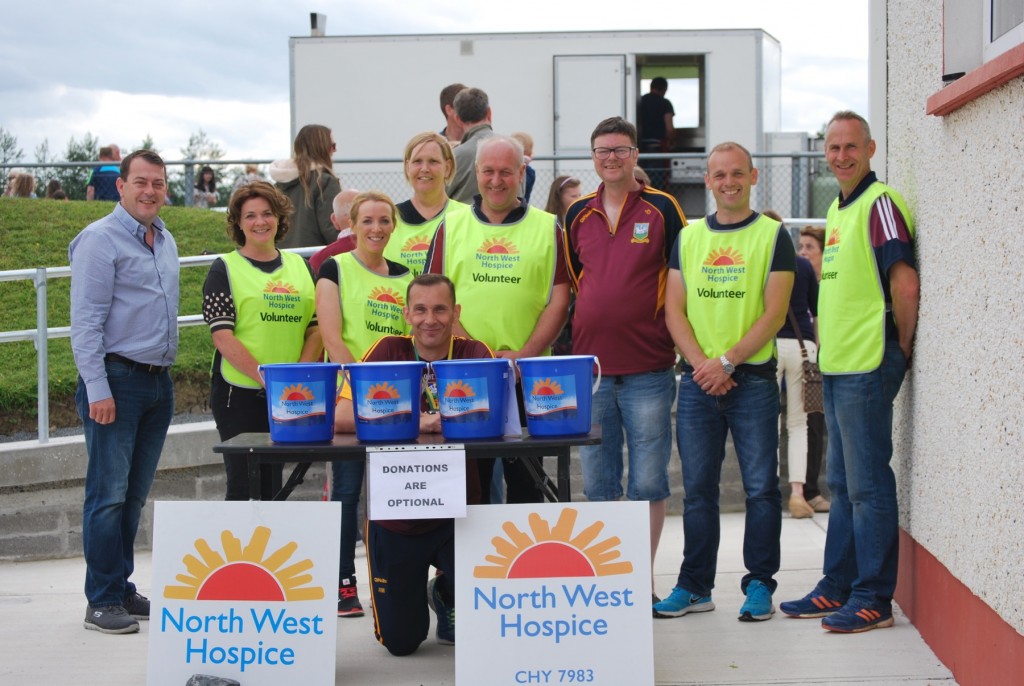 The committee would like to thank everybody who contributed in
So many ways to make our family fun day such a success as it would be impossible to thank everybody individually.
We are delighted that we will be presenting the North West Hospice €6,500 from the proceeds of the event in the near future.
The feedback has been terrific and we look forward to hosting this annual event again in August 2018.
Annaduff Family Fun Day raffle winners
1st Prize: 4 nights accommodation for 4 people at The French Quarters Hotel in New York, plus Travel Voucher worth €500. Sponsored by Frankie Dwyer.
WINNER: Eileen Maxwell, Killyfad, Annaduff.
2nd Prize: Hamper valued €200 sponsored by The Brandywell, Dromod.
WINNER: Des Shanley, Annaduff.
3rd Prize: Hamper valued €200 sponsored by Watertec, Rooskey,
WINNER: John Casserly, Fearnaught, Annaduff.
4th Prize:  1 Night B+B plus Dinner for 2 at The Landmark Hotel, sponsored by The Landmark Hotel.
WINNER: Diarmuid Riordan, Barna, Scartaglen, Killarney, Co. Kerry
5th Prize: €100 Voucher sponsored by Ardcarne Garden Centre, Boyle.
WINNER: Angela Neary, Shannon Haven, Dromod.
Captain Fantastic
Congratulations to the Carrick area community games team and especially their captain Peter Moran from Drumsna on their fantastic achievement in winning the all Ireland title at the weekend. Peter played a captain’s role all through the competition and it was fitting that he scored the winning goal in the dying seconds of the final. A large crowd welcomed the tam back to Drumsna on Saturday evening.
U12s
Well done to our under 12 team who reached the final of the Mohill Festival blitz on Saturday last, our lads were beaten by a very strong Mohill team in the final.