A benefit social for Feargal McCormack will be held in Cox’s Steak House, Dromod on Saint Patrick’s Night. Your support would be appreciated.

We played Kiltubrid under their superb new Floodlights on Saturday night winning by 2-8 to 0-6 in an all round good team performance. Kiltubrid were much the better team in the first half leading by 0-4 to 0-0 after 22 minutes however a mini Annaduff revival before the break brought two points from Alan Cox and David Duignan to leave Kiltubrid leading by two points at the break. Annaduff were a much improved team in the second half and they outscored Kiltubrid in the second period by 2-6 to 0-2. Brendan Guckian got the first points of the second half in the 31st and 33rd minute. 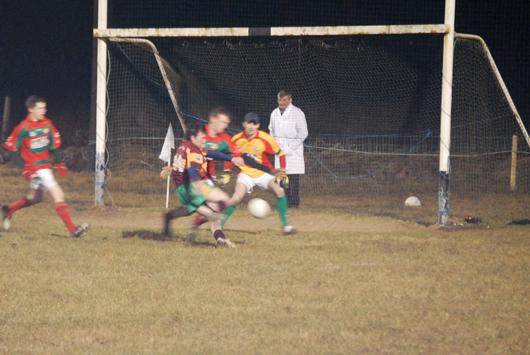 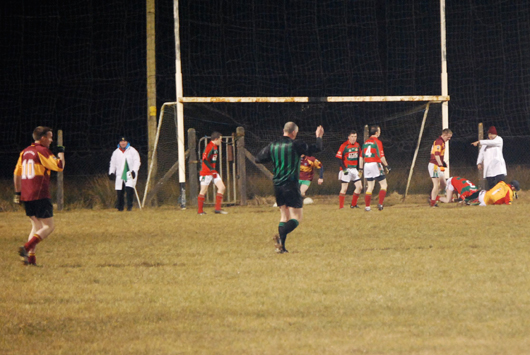 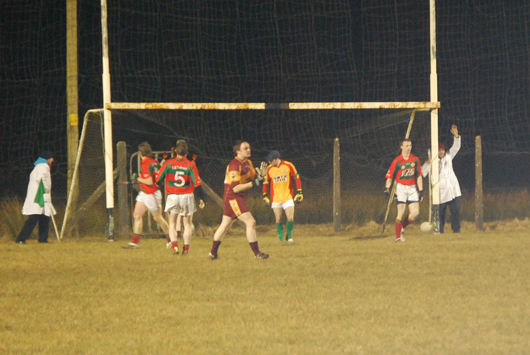 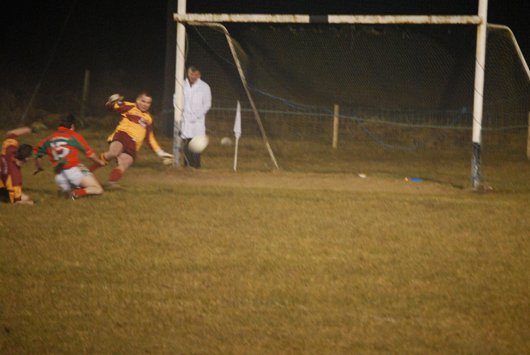 In a very entertaining Division 4 match in Annaduff on Sunday Annaduff beat Aughnasheelin by 2-12 to 3-6. Aughnasheelin led at half time by 2-5 to 0-4. Annaduff led by 1-12 to 2-6 at the end of normal time however Sean Mahon who scored 3-3 goaled in the second minute of injury time to bring Aughnasheelin level .Annaduff attacked straight from the kick out the ball ended up with goal poacher supreme Niall Maxwell who buried the ball in the Aughnasheelin net with the last kick of the match to give the home side athree point winning margin. Annaduff : Jim McCormack ( Capt), Ronan Cox, Dan O’Reilly, Fergus Beirne, Dean Gill, Thomas Flanagan, Martin Faughnan, Gerry Newton ( 0-2), Noel Ward, Ciaran McLoughlin ( 0-6,0-4 from frees), Aaron O’Connor, Matthew Reynolds, Niall Maxwell ( 1-1), Karol Foley (0-2), Johnny O’Connor (1-1).Subs used ; Derek Cox and Paul Farrell.

We play Aughawillan in Annaduff in Round 3 and we are away to Ballinamore in Round 4.

Deepest Sympathy is extended to the Reynolds family on the death of Kevin Reynolds. May he rest in Peace.