Championship V St. Marys
Our Championship dreams are still alive after a hard earned one point 1-6 to 1-5 win over St.Marys on Saturday evening. Qualification now depends on the result between Mohill and St. Marys with many different possibilities. 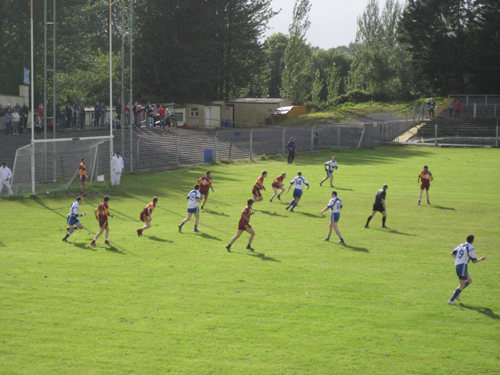 It was a poor match but the result was all important with Annaduff playing much better in the second half and showing great fighting spirit to come back and win after Carrick went three points ahead after 40 minutes. 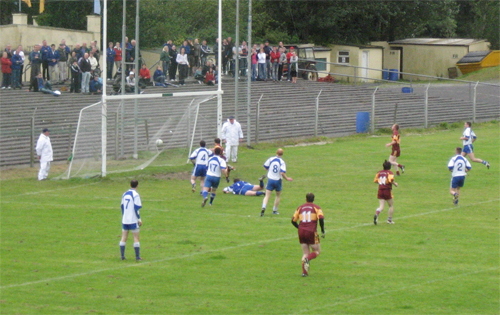 Duignans goal was crucial after 45 minutes. The sides were level at 0-3 each at the break with the Annaduff first half points coming from Alan Cox, Joe Cox and Cathal Cox. In the first half Kevin Ludlow saved a certain goal when he tipped over a goal bound shot from Nicholas McWeeney. 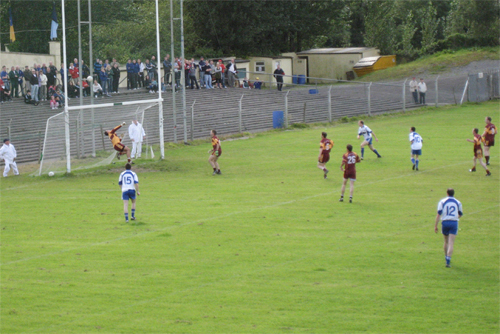 Ray Cox gave Annaduff the lead with a pointed free two minutes into the second half. Carrick got a penalty three minutes later with Ray Mulvey scoring from the spot. 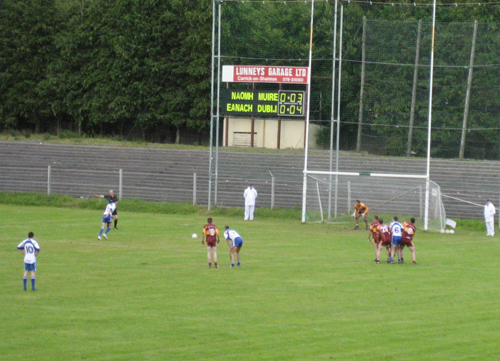 James McGreal gave them a three points lead with a point. On 45 minutes David Duignan’s superb goal put the sides level. With six minutes remaining Ray Mulvey gave Carrick the lead with a point. Padraig Carroll coolly slotted over a free off the ground after 59 minutes with midfielder Brendan Guckian getting the last and vital score of the match a well-taken point. 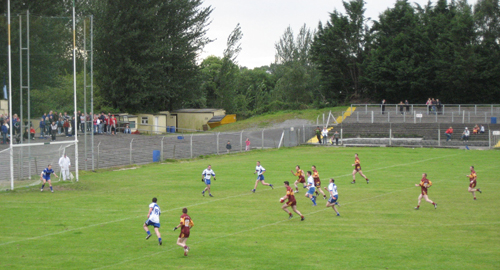 There are a number of permutations regarding the Mohill / St. Marys match however a Mohill win or a Draw or a Marys win by eight points or more would all guarantee qualification for Annaduff.

Deepest Sympathy is extended to the O’Donnell family on the death of Peter O’Donnell. May he rest in Peace.

Congrats to our neighbours on the opening of their pitch and dressing rooms on Sunday. Well done to our under 12 team who put up a spirited display against Fenagh as part of the official opening weekend.

The Gold Rush Draw has been postponed until later this year.

We play Gortletteragh in the Intermedaiate Champioship in Pairc Sean at 5.45 on Saturday